People have to be paid to do many tasks, because they lack motivation to do them for free. The tasks are not enjoyable or rewarding, so they are work. We try to automate some work tasks (to increase efficiency), say by adding robots to factory lines, but technology has not solved the problem of work. Take a present-day technological example: consider the task of accurately labeling all the images in Google's image search. It would be a monumental task, not to mention a boring one. Computers cannot do it; they can only read the image file's name or metadata and use that as a keyword, but then you get too many random and inaccurate results. So if we want to accurately label all the images on Google, to make image searches more productive, we would have to spend a lot of money paying people to do the work. They would not want to do it on their own, right? 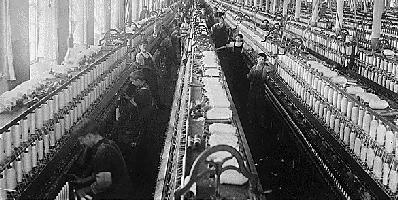 People will, of course, do the work - the mundane, boring, repetitive work - if there is money in it. After all, work tends to be seen as a necessary evil in our society (emphasis on necessary). It is something we do because it has to be done, or else we could not maintain our comfortable lifestyle. If everyone quit and went on some form of welfare, the system would collapse in on itself. So we have to work, right?

Well, in this Google Tech Talk video Luis von Ahn gives a fun presentation on how he found a way to change things. For the image labeling problem, instead of paying people to do this task, he designed an interface that made a game out of the task. He made it fun (apparently already 75,000 players, some logging over 20 hours a week, have created some 15+ million accurate image labels). In this case, the game also takes advantage of human competitive spirit (adding competitive features increases player speed, i.e. motivation). Games work well because we like challenging ourselves against others (in fact, primate research has shown that monkeys and apes may do better on some cognitive tasks when involved in a competitive rather than cooperative situation).

The competition aspect might initially cause someone to ask whether this is indeed just a demonstration of the power of a free market, and from there we are back to the traditional profit system of work. But the key here is not that competition always increases motivation, rather in this case personal competition (at an individual level, not the competition of corporate stocks) increases the fun of the task, which increases motivation. The key is the enjoyability of what the players are doing, and von Ahn took advantage of this by reshaping an otherwise boring task that you would have to pay something to do into something people volunteer to do.

If getting labels on a Google image search does not seem very impressive, think larger. Von Ahn cites 9 billion human-hours of Solitaire played in 2003. It took only 7 million human-hours to build the empire state building, 20 million the panama canal, both a mere drop in the bucket compared to time people spent on Solitaire. People will do repetitive things like playing Solitaire because it is a game and they find it enjoyable; they are not forced to do it, but do it of their own free-will. So if, with a little creative designing, we can tap into this vast store of potential human energy, we can accomplish huge things without coercing or paying anyone.

Von Ahn's work is a wonderful example of the ludic spirit, and how ludic innovation can restructure tasks we dislike into ones we like. The wider we apply this, the better our lives will be. It sure beats just going to work as it is, in order to pull in that paycheck that puts food on the table.

Elsewhere on this site, I've posted arguments against the paradigm that says work is a necessary evil (see Bob Black's Abolish Work, for example). I think it makes more sense to make our goal to reshape the things that we currently call work into something more akin to productive play. People who really, truly enjoy their jobs already have a hint at what this entails, though I suspect most of them are constrained by pay conditions to work longer or more rigidly than they would on their own (the coercion is still there, sapping some fulfillment out of it).

We can get so many necessary tasks done in ways that are less mundane, tiring and impersonal than currently, but to really alter the structure of our lives as a society would require some sweeping changes, changes which have a hard fight against the minimum-fulfillment-necessary strategy of a normal, profit-based or communist-based labor system.

That said, we can make significant changes in our own lives which make our time more enjoyable and less stressful. Aiming to break down the false dichotomy between work time and free time (i.e. time spent in front of a TV recovering from a long shift before sleeping and returning to work?), we can restructure our own tasks in order to make "work time" our own time again.

This can mean personalizing what we do, removing the disconnects between labor and the products/profits of labor, or it can just mean rethinking the job we are in and reordering priorities in order to find one that is a better fit (more flexible, more fulfilling, more fun). Pyramid marketing schemes that promise you can "be your own boss" are so successful not just because there are so many suckers out there, but because the desire to not be stuck doing what someone else wants and dictates (with no attachment to your work) is such a universal desire.

And the more we reshape our own lives in a ludic manner, the easier it will be to let those changes seep into the larger system, for innovators, inventors and intelligent minds to reimagine our current tasks as ones we can do for fun, and for personal, direct reward (fulfillment) rather than impersonal, indirect reward (a paycheck).