Our Lives are a Waste

or: You Didn’t Pay For What You Bought

When we buy an item at the store, there’s a price tag attached and we usually assume that price on the tag is made up of two things: the cost of making the item, and some amount added on for overhead, profit, etc. If we see a remarkably cheap item, like a complicated piece of electronics for mere pennies, we assume that efficient creation, cheap parts and mass selling make up for the small profit margin. And to some extent that is a valid picture.

However, more often than not, the price tag on the shelf does not actually reflect the real cost of the item we buy. The cost is, in fact, higher than what we pay. Sounds like a great deal, right? 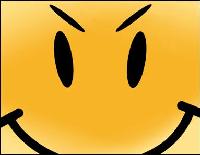 It’s not. The reason companies get away with selling items at lower than the cost to produce them is because the companies externalize their costs. Now, externalization is a simple enough idea in general: let some third party do part of your business in a way cheaper than doing it yourself. For example, having the pros like FedEx do shipping for your business instead of doing it in-house can save lots of money. But that is only the surface of cost externalization, and what we are interested in is much more insidious.

In fact, many — if not most — of the items we buy cost much more than the price tag reflects (and it supposedly includes profit on top of the costs!). Consider the earlier processes that got the item onto the store’s shelf in the first place. Specifically, harvesting resources and manufacturing them into goods are a prerequisite to selling those goods, and in these two steps significant costs can be externalized to the public. That is, to you and me.

Pollution is the most straightforward example. In general, companies do not bear the cost of their polluting (some limited laws exist to help, but locating factories in foreign countries can get around laws). Polluted rivers, to examine just one aspect, are an indirect but very real cost to the general public (unsafe to swim, 40% of U.S. rivers now undrinkable, etc.), to other private industry (fisheries, e.g.) and eventually a direct cost to the public (when the government has to go in and clean things up). Pollution is just one area, and may not be convincing to those who aren’t already interested in sustainability.

But consider an issue with a human face, like the ubiquitous use of extremely cheap human labor by locating factories in foreign countries where the standard of living is absurdly low. It may make sense from a business standpoint, but the cost in making the items is being paid for in real toil (and often suffering from dangerous work) by other humans. The items we buy are cheap because a bunch of really poor people are paying the difference on your items (the amount taken off of the end price tag by using cheap labor). The people with the least ability to pay are helping pay for your items with their work, with their time, with their wasted lives (sometimes literally lost lives).

As consumer end-users at the store, we don’t have to think about these things. We just see a number on a tag. If it’s low, we’re happy, because we don’t have to pay very much. But sometimes we end up paying in the long run, a lot more than we think. And certainly someone out there is paying for it, and it’s not the companies making and selling goods.

Consider further the subsidies (direct and indirect) that government hands down to business, often through rather corrupt or at least unfair methods (“corporate welfare”). Even subsidies for farmers have ended up benefiting large corporations more than small family farms. All of these subsidies are tax money paid by the public (a cost to you and me) which profit the private businesses.

It’s only by considering the externalities involved in the process of getting goods on store shelves that we begin to comprehend the real price behind those items. They are not as cheap as they appear. (Prof Richard Robbins at SUNY provides a partial case study of cost externalization in the example of the sugar that goes into Twinkies).

For a broader and quicker picture, The Story of Stuff is a great 20-minute video about the whole process of goods, from harvesting resources and making things to selling/consuming them and finally throwing them out. (As with anything, treat the claims to due skepticism, but do note the site provides sources for claims in the video).

According to the video, only about 1% of things we purchase are still in use six months later. The other 99% of our stuff is in the trash bin within half a year. As the video mentions, part of this comes from planned obsolescence (disposable razors, disposable drink bottles, etc.) and perceived obsolescence (out-of-fashion). Yet a lot of it comes from just being trained into wastefulness because we have so much money in the U.S. and things are so cheap (at least according to their overt price tags) that it becomes natural just to throw out what you don’t want anymore. Once it leaves our curb, we don’t think about it again.

The video also states that about seventy cans of garbage are created earlier in the process of making goods for every one can you haul to the curb. Imagine if we saw all of that sitting on the shelf behind the products we buy, and had to viscerally process the fact that so much waste was involved in getting that product there. Would our little consumerist splurges (some people attest to the psychological boost of “shopping therapy”) be so easy to make if we weren’t thinking only of the numbers on the price tag?

It’s hard to imagine the amount of waste we casually create in the U.S. every day, but an artist named Chris Jordan has come up with a creative way to help us visualize it. His site has examples of large artworks made up of vast numbers of smaller pieces (e.g. “106,000 aluminum cans, the number used in the U.S. every thirty seconds” or “60,000 plastic bags, the number used in the U.S. every five seconds”). Seeing the pictures might help make the numbers more real. And then all that waste just seems insane — but then it’s easy to create all this waste when things are so cheap (hence disposable).

The take-home message here is that your money goes as far as it does because someone is paying the externalized costs behind those cheap items. Whether the hidden costs are getting paid by you, by your government (i.e. you via taxes), by some Chinese kid working in unsafe conditions for pennies a day, or by everyone in the whole ecosystem (in the case of mass pollution) — regardless, someone is paying those hidden costs, and it isn’t the corporations profiting off of the sale.

This entry was posted in Uncategorized and tagged consumerism, corporations, culture jamming. Bookmark the permalink.