How would you feel if law enforcement started scanning all of your email, your file transfers, and your web search history that Google and other companies keep (often going back years)? The U.S. Director of National Intelligence, Michael McConnell, is proposing just that. It’s for our security, he says.

Security, after all, is a trade-off. We know that staying home all day would generally increase our safety, but is it worth it? Banning cars would decrease traffic deaths immensely, but is it worth it? We face a multitude of situations like this that involving weighing increased security against its costs. (This is to set aside the many cases where security tactics are mere security theater, and may be counter-productive).

Security weighed against costs — unfortunately this common-sense notion has been used to promote a false dichotomy in United States discourse recently: “security versus privacy”. It’s assumed that the more we allow privacy, the more our security is undermined because Bad Guystm can take advantage of it, hide behind it. Making ourselves safe requires giving up some of the privacy we’ve expected up until now. 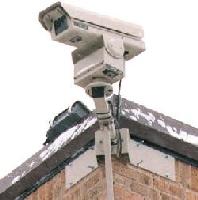 We will become safer, people assume, if we let the government look through all of our emails and web search histories, if we let them video tape us on the streets and in public buildings, if we are forced to use a data-filled national biometric ID in order to fly on airplanes or open bank accounts, if we are searched wherever law enforcement decides it is necessary, if we are, in short, presumed guilty until proven innocent. If privacy and security are a zero-sum game (as claimed by Ed Giorgio, the guy working with Directer McConnell on the internet spying proposal), then as privacy goes down, security must go up, right?

Not necessarily. As Bruce Schneier argues, we’ve been sold the idea it’s “security versus privacy” in the debate at hand, when in fact it is a question of “control versus liberty”. We may — may — gain some security by giving more control to the government, but if that’s always true then the safest place to be is inside a police state. Why aren’t more people eager to live in a police state?

Because in the U.S., for protection against abuse our system is set up to circumscribe government power. Law enforcement has certain invasive spying options for pursuing important national security and terrorism investigations, but it is historically limited to using such invasive techniques only for those essential purposes (not to catch and prosecute minor crimes). The only thing stopping the government from ubiquitous and pervasive use of intrusive spying on every American are legal safeguards — like warrants and judicial oversight — that make sure extreme measures are only used for their intended extreme needs. (Which is one of the reasons why the Patriot Act’s blurring of FISA court oversight has been so contentious).

Technology is getting to the point where Big Brother can be automated: as of 2006, Britain had one security camera up for every 14 people, and the U.S. may not be very far behind. Cameras now have license-plate recognition capabilities, and face-recognition (as well as gait-recognition) software is developing by leaps and bounds. Soon, our entire lives and all our actions could potentially be scanned for government approval. Our privacy is fading, even compared to other countries like China and Russia. 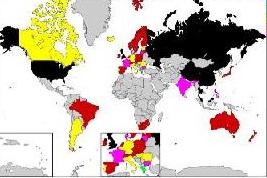 However, our legal tradition (including such protections as the constitutional guarantee against arbitrary search and seizure) has historically put limitations in place to make sure law enforcement doesn’t get out of hand. In many cases, we require probable cause, and if laws aren’t followed by enforcement officers, evidence isn’t admissible in court even where guilt is obvious. (Otherwise, the government would never follow the rules and could arbitrarily detain anyone — including you — just in case they find out later you’re guilty of something). If every law was enforced perfectly and automatically, just about every one of us would be in jail for something.

Instead, we value our privacy and put limits on our government executive in order to protect ourselves. In other words, we require security not just from terror and spies of a foreign origin, but from the internal terror of a police state, from spies in our own government. An essential requirement for that security is a respect for basic privacy built into our laws.

If we start lifting basic restrictions on government power — basic safeguards against abuse — just because some higher up thinks it will make us safer from the latest threat-de-jour (be it terrorism, communism or something else), then we may permanently lose the very liberty that provides us protection from our own government going too far. Security is not the opposite of liberty and privacy; rather it is intimately tied to them.

This entry was posted in Uncategorized and tagged civil liberties, politics, privacy. Bookmark the permalink.