Feeling Out of Control

When your life feels out of control, are you more likely to believe in a deity and its grand plan than when you feel in control of your life? A study by Aaron Kay and colleagues (2008) showed just that effect. In fact, if you prime someone to feel out of control — say, by merely asking them to recall a personal experience where they felt out of control — they tend to report a stronger belief in a controlling higher power. Also, when people feel that they lack personal control, they’re more likely to deny randomness and chance in the universe, perceiving their external reality as orderly.

Furthermore, the study showed that priming someone to feel out of control increases their support for and defense of government (especially if they perceive the government as generally benevolent). It’s as if people change their beliefs about the orderliness of the external world based on how they feel inside about their personal level of control. Kay and colleagues label this a “compensatory control mechanism” — when your perception of personal control goes down, perceptions of external control go up to compensate. 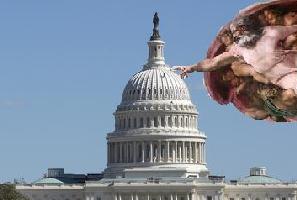 To test this general explanation, the researchers asked whether the effect would work in reverse. If you prime people to see an external source of control as chaotic or unjust, will they perceive a higher level of personal control as a result? The researchers had subjects watch a video story about an HIV patient who sought government medical assistance. Participants saw one of two versions of the video: in one version, the government was depicted as effectively helpful; in the other, it was not.

After seeing one of those two videos, participants played a simple computer game where they repeatedly pressed the space bar (or didn’t press it) in order to make a green circle appear on the screen. They didn’t know it, but the appearance of the green dot was random, and unrelated to whether or not they pressed the space bar a lot. That is, they had no control over the green dot’s appearance. The participants were asked afterward how much control they felt in the task, and those who had seen the video of an ineffecient, unjust government rated their personal level of control as higher than those who had watched the success story. In other words, if you feel like the world is chaotic, your feelings of personal control go up to compensate, just like your perceptions of external control go up when your feelings of personal control are low.

This finding is backed up by similar results published in Science by Jennifer Whitson and Adam Galinsky (2008). In a series of experiments, they found that people lacking control tend to perceive patterns where there are none: they see false correlations, imaginary figures and conspiracies, and they believe superstitious behavior works. 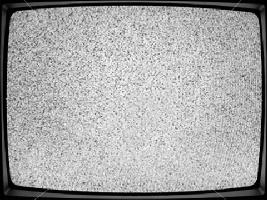 Another experiment primed participants to feel out of control (as with Kay’s study, there were asked to recall a time they lacked control), after which they were more likely to see a connection between supersitious behavior and outcomes in a story. For example, in a story where someone knocks on wood before an important meeting and then the meeting goes well, those who were primed to feel lack of control tended to report higher connection between the superstitious behavior and the outcome.

Those who were instead primed to feel in control (remembering a time they had control over a situation) were less likely to associate the superstitious behavior with the outcome; they were also less likely to say they intended to perform similar behaviors in the future. Furthermore, those primed to feel out of control also saw more nonexistent pictures in “snowy” images, and tended to see conspiracies in ambiguous stories about a group of people.

All of this suggests that people have an inherent need to feel in control, and this need unconsciously motivates them to make connections among randomness and see patterns where there are none so as to bring order and predictability back to their world.

For a final experiment, Whitson and Galinsky once again primed people to feel out of control, but this time some subjects were also primed to feel good about themselves by completing a self-affirmation task. Going through this self-affirmation reduced the tendency to see illusory pictures in “snowy” images and also reduced the tendency to see conspiracies in an ambiguous story.

In other words, when people who feel out of control and made to feel more psychologically secure, they are less prone to seeing illusory patterns. Going back to Kay’s study, perhaps self-affirmation would help compensate for a lack of personal control, replacing the need to invoke belief in and support for higher powers like gods and governments.

This entry was posted in Uncategorized and tagged authority, interconnection, religion. Bookmark the permalink.

2 Responses to Feeling Out of Control